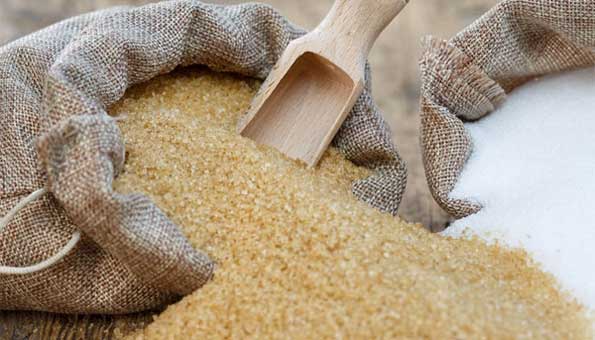 Over 18,000 tonnes of imported sugar will be poured into the local market starting this week, which is expected to end the shortage of the sweetener.

SBT Director General Prof Kenneth Bengesi told the 'Daily News' yesterday that part of the consignment amounting to 3400 tonnes has already arrived at the Dar es Salaam Port and some of it has been offloaded and supplied to some regions.

Prof Bengesi revealed that another consignment of 15,000 tonnes of imported sugar is expected in mid this week.

The sugar board boss was responding to concerns over persistent sugar shortage despite government's efforts to improve availability and supply of the highly consumed commodity.

“I urge people to continue to be patient and the government is fighting day and night to ensure that the problem comes to an end,” he assured as he informed the businesspeople who would not find the sugar in their areas this week to contact the board so that they get linked to suppliers.

Commenting on the ongoing crisis, Prof Bengesi reiterated that the problem was created by errant traders who refused to obey government’s directives for their interests.

“The sugar is there, but traders are hoarding it, but they won't be able to continue doing that when more sugar is supplied in the market,” he expressed optimism.

As a way forward, the board would be identifying every supplier to whom it gave the sugar and make follow up to ensure that the particular supplier really sells the sugar, he said.

By yesterday, the sugar crisis continued to rock the country as the sweetener remained invisible in stores and consumers who luckily found it had to buy the commodity at a doubled price.

Cries over the rare sight of sugar in Dar es Salaam region were everywhere, with some people opting for honey as a sweetener.

Cross-checks at different places in the city confirmed the persistent shortage, with consumers admitting to buying the commodity at up to 6000/- per kilogram.

The prices were over two times indicative prices announced by the government when intervened in response to high prices and shortage of the commodity.

The Minister for Agriculture Japhet Hasunga and his Industry and Trade counterpart Mr. Innocent Bashungwa, had pegged indicative retail price for Dar es Salaam at 2,600/- per kilograms.

Other regions like Arusha, Kilimanjaro, Manyara, Tanga, Morogoro, Coast the cap price was 2,700/- for a kilogram of sugar.

The government has always emphasized that the country has no shortage of sugar but the prevailing crisis is intentionally created by some greedy traders who are hoarding the sweetener.

The Sugar Board of Tanzania in collaboration with the Police Force has been conducting operations against the hoarders and traders who defied the State directive.

Even as the operation is still ongoing, sugar has remained scarce with prices skyrocketing.

The 'Daily News' survey established that at Kinyerezi and Tabata areas in Dar es Salaam the sweetener was sold at between 5000/- and 6000/-.

“I think the issue of sugar is very difficult. I have purchased one kilogram this morning at 6000/-,” a resident of Tabata Kimanga, Mr. Adrian Luhwago, said, adding, “We should change our lifestyle, instead of consuming sugar we have to use honey.”

Another inhabitant of Tabata, Ms. Jackline Swai, told the 'Daily News' that she decided not to buy sugar after she found the commodity sold at 5000/- at her place.

Some shoppers at Ubungo Msewe and Kimara confirmed to have spent their time to look for the sweetener but could not find it as stores were out of stock.

Other areas in Temeke District such as Buza, Kigilagila, Kwalimboa, Yombo Vituka and Mbagala getting sugar was even more difficult, with residents calling for swift response by relevant authorities.