23 Nov 2022 Sheila Mfunami
The development of small industries provides a suitable barometer that can be used to measure how Tanzania has performed in boosting micro, small and medium enterprises (MSMEs). This is because MSMEs in the industrial sector have received a lot of attention from policy makers and other stakeholders in the years since independence. MSMEs exist in almost all economic sectors in Tanzania to the effect that they compose more than 90 per cent of all businesses in the country, both formal and informal. And the government tries to focus on the entire SMEs sector but due to historical factors it is the industrial sector whose SMEs have received much care and attention to the extent that even the respective policy carries the word “Industries” in its name. The policy document governing SMEs is entitled the Small and Medium Industries and Enterprises Policy (SME Policy). It was created in 2003 and is in the final stages of review. It all started with the creation of the Small Industries Development Organisation (Sido) in 1973 to spearhead the modernisation and formalisation of micro, small and medium industries and businesses that had been using primitive methods of production for centuries. The organisation has offices throughout Tanzania and is a household fixture among small and medium entrepreneurs, mainly in the industrial sector in the country. Various analysts credit Sido with facilitating the creation and development of more than 100,000 small manufacturing and processing units, creating about 1 million employment opportunities. The organisation has also been at the forefront in nurturing small entrepreneurs, helping them acquire better technology and finding markets. The establishment of Sido and the layout of its function was based on a sound industrial strategy that recognised early on after the adoption of the Arusha Declaration, that there can be no industrialisation in Tanzania without developing the micro, small and medium industries. That Sido has succeeded in many of its functions is clear from positive verdicts in various studies. But the fact that Tanzania is not yet an industrialised economy and is a net importer of industrial goods in all categories shows the limits of Sido’s success. It is like in wars where fighting units can win battles but lose the war at the end. The reasons for failure in industrialisation, despite some ring-fenced positive developments, have been well analysed in various academic undertakings and newspaper articles for years. The truth, however, is that Tanzania would not lag behind in industrialisation had the micro, small and medium industries been growing organically over the years to become large and complex manufacturing undertakings that Tanzania needs to compete in the global industrial goods market. The fact is that despite the attention given by authorities most MSMEs in the industrial sector have remained stagnant, not growing or expanding activities in any meaningful way. The situation is, therefore, worse for other sectors whose MSMEs have received less policy attention over the years. Any discussion over what ails SMEs in Tanzania and on what should be done to correct the situation should take into account the context of the development of SMEs in the industrial sector. The point of departure in such discussions and deliberations should be the failure by the micro and small industries to integrate with the general economy as well as the seeming incapacity to interconnect with other key sectors such as agriculture to be able to grow. In fact the failure of the various sectors in the Tanzanian economy to link up with one another for mutual benefits is one of the largest puzzles, that if solved could help unleash the MSMEs potential. But as of now the booming of one sector in the economy has not been able to produce much activity in other related sectors. And this is true even in the services category of the economy. It happened in the mining and tourism sectors. It happened in the telecommunications sector and transit trade. Latest Sido activities In the 2021/22 financial year Sido started building industrial sheds for small processing industries in the cotton, cashewnut and edible oil value chains, according to the budget speech of the ministry of Investments, Industries and Trade. The construction is at various stages. Also Sido continued with provision of new technologies to small industries through its Technology Development Centres (TDC) throughout the country. The organisation worked to improve the Kilimanjaro and Mbeya technology centres. Seven TCDs in Kigoma, Mbeya, Kilimanjaro, Arusha, Iringa, Shinyanga and Lindi have produced 313 machines and 1,014 spare parts that were sold to entrepreneurs. The centres continue with their other functions of technology development and provision of technical services to small and medium industries in urban and rural areas in accordance with the one-district-one-product strategy as well as the market opportunities that emerge. In the same financial year Sido offered training to 15,176 and consultancy to 11,624 entrepreneurs in areas of business development and industrial production activities. As far as marketing was concerned Sido organised the Sido trade fair in Kasulu, Kigoma, that brought together 935 entrepreneurs and 38 institutions. Total sales of Sh800 million were recorded during the Kasulu fair. Sido also facilitates the participation of small entrepreneurs in the Dar es Salaam International Trade Fair. As far as financing is concerned the government disbursed Sh4.6 billion loans to 2,166 entrepreneurs in the 2021/22 financial year. About 47 per cent of the loan recipients were women. Through its SME credit guarantee scheme (Sido SME –CGS) loans worth Sh110 were disbursed in Singida and Kigoma regions. more details ...

22 Nov 2022 Sheila Mfunami
The National Financial Week Services kicked off on Monday with public education and awareness being the top priority during the celebrations. The Ministry of Finance and Planning, Commissioner for Finance Sector, Mr Charles Mwamwaja, told the reporters over the weekend that financial-related issues, including customer rights, are part of public education to be offered in a week event, which it’s climax on Saturday. “The public awareness education will mostly centre on customers’ rights from financial information, loans conditions to interest rates and contract understanding prior to the signing, ” he said. The idea is to increase customer awareness that they can challenge the loan document if borrowers are not satisfied since it was not Bible’s Ten Commandments. “However,” the commissioner said, “the rights are usually accompanied by customer’ obligations” including paying the debt on time. The week will have three hours of classes for deep financial management conducted every morning or afternoon. The classes have the capacity of accommodating 100 students a day. “The topics are life after retirement, loans access and conditions, and financial management for individuals,” Finance Development Sector, Assistant Commissioner Ms Dionisia Mjema said. Some Tanzania Social Action Fund (TASAF) beneficiaries will air their testimony on how they have been improving their lives, through capital accumulation and investment programmes. TASAF Representative, Mr Victor Mangai, said some of the beneficiaries will share their financial management knowledge taught by the fund. The Manager for Insurance Market Development in Tanzania Insurance Regulatory Authority (TIRA), Ms Stella Rutaguza, said they will use the event for public education on insurance issues and as a platform to receive new applications for insurance firms. “They will also be instantly registered,” she said. more details ...

22 Nov 2022 Sheila Mfunami
A Total of 4,000 farmers have benefited from the Smallholder Horticulture Empowerment and Promotion (SHEP) agricultural projects coordinated by the JICA Alumni Tanzania Association (JATA) in collaboration with the Japan International Cooperation Agency (JICA). This was stated over the weekend by the Chairman of JATA Mr Gregory Mlay during a special workshop to discuss the development resulting from the funding of the implementation of the projects under JATA held in Moshi, Kilimanjaro. According to him, JATA is a collection of Tanzania’s Japan Alumni who are experts in different fields of their respective professions. He said SHEP is an extension approach innovated by the Japan International Cooperation Agency (JICA) which he said is implemented in 23 African countries and that in Tanzania it is implemented through TANSHEP project under the management of the ministry of agriculture and the President’s Office Regional Administration and Local Governments (PO-RALG). “In this project themed Anzia Sokoni Malizia Shambani kwa Kipato Zaidi (Start from Looking Market Needs and Grow Crops for Better Income) starts by empowering farmers to conduct market surveys whereby upon realization of market requirements they (farmers) can make strategic production including the selection of crops as well as been subject to harvest timings and therefore get good profits”, he noted. The project also enables farmers to change their production patterns according to market needs as well as adopt the farmer-to-farmer extension approach to share technical knowledge among themselves. “TANSHEP is a program which is implemented with the intention to transform the agricultural sector towards higher productivity, commercialization level and smallholder farmers’ income for improved livelihoods, food security and nutrition,” he said. Speaking during the occasion, the Moshi District Council Agricultural officer Mr Fridolin Mpanda said the council was among the Local Governments Authorities (LGAs) in the country that implemented TANSHEP project from July 2019 to June 2021. One of the beneficiaries of the TANSHEP project Mr Eldavis Elihuruma from the Rauya village-based Umoja Wetu Group, in Moshi said education on modern agriculture and market surveys before cultivating crops changed the group’s agricultural programmes for the better. “We can now create a crop calendar which will enable us to harvest crops at a time when there are the market demands something which enables us of reliable clients and good incomes,” Mr Elihuruma said. Kilimanjaro Regional Administrative Secretary (RAS) Mr Willy Machumu commended JATA for sharing their knowledge with their local colleagues. Mr Machumu, who was representing Kilimanjaro Regional Secretariat, Mr Emmanuel Lema, said JATA’s ideas complimented the government’s efforts of improving the small-holder farmers countrywide. more details ...
More News 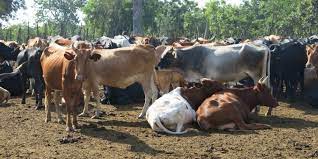 GEITA region has spent 3.1bn/- so far to complete the first phase of construction of a modern livestock auction market at Buzilayombo Village in Chato District in the region.

The project is being implemented at a total budget of 4.8bn/- by contractors-the National Housing Corporation (NHC) and the Tanzania Building Agency (TBA).

That was stated over the weekend by Geita Regional Commissioner, Ms Rosemary Senyamule, on her official visit to the project which was officially launched in 2020.

She said out of the total amount, about 900m/- has been provided by the Sixth Government Phase, under President Samia Suluhu Hassan in the current financial year, aimed at developing and completing the project.

“This project, once fully completed, will boost more livestock businesses…the project is good and looks interesting, what is needed now is setting up work plans, we have no reason to delay,” she said.

“Let’s make sure that we appropriately use this huge and costly government investment because we no longer want to see people continue running livestock trade in the wrong places,” she insisted.

Chato District Livestock and Fisheries Head of Department, Dr Elfas Msenya said the auction is expected to host about 700 to 1000 herds of cattle and 400 to 500 goats per day.

Reached for a comment, a resident of Buzilayombo village, Mr Mbaruku Hamza, acknowledged that the auction is going to open doors for livestock business opportunities for Chato and Geita pastoralists and in turn raise the livelihoods of the people. 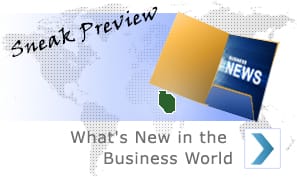